5 Shocking SA Celeb Deaths In 2020 So Far. This year has become a notable year for great loss in the entertainment industry, with the passing of many iconic celebrities that made a positive impact in the local media industry.

Since the beginning of 2020 we have lost quite a number of famous faces and the pandemic has made it difficult to say goodbye to the people we have lost.

Many people think that all known figures such as Zindzi Mandela, Loyiso Sitsheke and more were robbed of the celebration and send off that they deserved and we are going taking a look at the five celebrity deaths that had all of Mzansi shook.

Former Uzalo actor Sipho Ngema suddenly passed away in April after suffering from pulmonary hypertension, which caused his heart to fail.

Also in the same month of April this year, Mzansi lost year another veteran versatile entertainer, Vinolia Mashego’s who died peacefully in her home in the early hours of the morning.

Imbewu actor, and comedian Jovan Muthray was very passionate about the arts including stage acting, having performed as a leading character in many theatre plays such as Takalani Sesame.

The news of Award winning actress Mary Twala’s death came as a shock for many and her funeral was broadcasted on television in a dignified sent off from the Arts and Culture department, the fans and her loved ones.

Former Muvhango actress Candy Moloi passed away on Tuesday night and although the cause of death has not been revealed as of yet, many condolences and well wishes have been pouring in from fans all over. 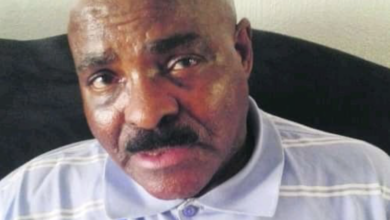