Watch! K Naomi Is Back At Her Former Presenting Home With A New Show. Presenter and model K Naomi is coming back to the silver screen in a revamped edition of Channel O’s iRequest show, which was initially hosted by Naomi in 2014.

K Naomi revealed the news on Instagram, revealing that the show has taken a different route and will be interviewing the movers and the shakers of the entertainment industry as they tells us more about themselves and there successful careers.

“I’m excited to announce my return to your screens and am so glad to be home where I first started in 2014” she said.

The show will be airing every Thursday at 18:00pm on Channel O and the first guest on the show which aired yesterday is award winning hip hop DJ Speedsta, who just made a mark in the local hip hop DJ-ing forefront after his multi platinum achievement for three of his singles and his debut album Bottlebrush Street. 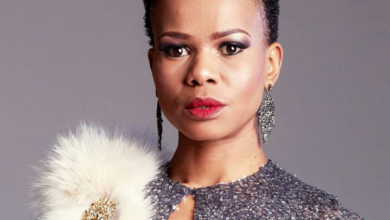