AKA’s new love song got everyone jamming including some celebs too. Hottie Natasha Thahane couldn’t help but share a video of herself jamming to the song in her car and it looks like AKA was impressed. Natasha Thahane’s video jamming to Caiphus Song got AKA’s attention.

And it looks like Natasha is taking her new role very seriously taking to Instagram to inform everyone of her new position. “When you see me call me MINISTER THAHANE!!! Put some respeeeek on my name or cash me ousside how bow dah ?! #21Savage! #ProudySouthAfrican ?? x ? I SUPPORT LOCAL MUSIC & TALENT! ? Don’t @ me!,”  she captioned a screenshot of AKA’s tweet. 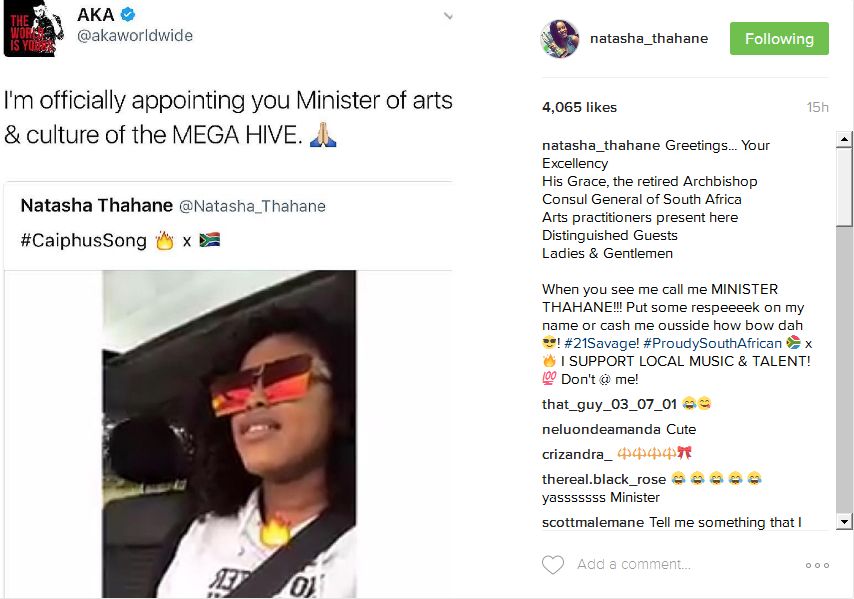