Minnie Dlamini Makes Her Debut On A Major International Sports Channel! Mrs Jones is proving that success and bigger things happen when you stay in your lane and not follow the crowds.

Whilst most people questioned her move from entertainment presenting to sport presenting, Minnie has proved herself over the years that she made the right move. She has covered many major sports event which has taken her around the world doing what she loves including the recent Rugby World Cup held in Japan.

Still high on that Springboks win, Minnie just made her debut on Sky Sports News which is considered the biggest Sports News channel in the world. Minnie went LIVE reporting on the Trophy Parade which happened in Soweto on Thursday.

“I was live on @skynews tonight talking about the @Springboks parade in Vilakazi street today that I hosted. So Proud of the boys,” Minnie shared on social media. This can only be the start to something even bigger for Mrs Jones. Congrats to MaDlamini!

1Magic’s The River Shuts Down Production Again! Here’s Why 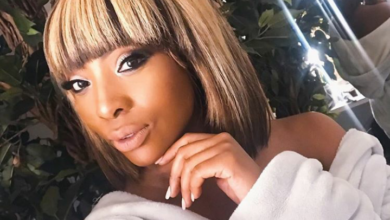