Gospel Star Dr Tumi & Wife Released On Bail After Getting Arrested For Fraud. It’s been a rough week for local Gospel singing sensation Dr Tumi and his wife after they were released on R3000 bail each by the Commercial Crimes Court in Palm Ridge on Tuesday. This after the couple allegedly handed themselves over to the Hawks and were charged with fraud amounting to R1.5 million.

It’s quite common to see Gospel and religious public figures get entangled in sticky fraudulent situations and Dr Tumi is now also part of the controversial religious gang such as Shepherd Bushiri, Pastor Mboro and the latter.

According to the Daily Sun publication, Dr Tumi real name Tumisang Makweya and his spouse Kgaogelo Makweya were listed as committee members for a non profit organization and handed in fraudulent grant applications to the National Lotteries board in 2018 for the approval of funds for a project.

The couple allegedly benefitted approximately R760,000 from the R1.5 million funds. The pair handed themselves in at the (Hawks) Johannesburg office escorted by their attorney and were subsequently charged for fraud.

“Further investigation revealed that the couple together with their co-accused who have since been released on R5 000 bail each, Chistopher Tshivule (46) and Thomas Ndadza (48) allegedly altered information on the documents submitted to the National Lotteries in September 2018 which resulted to the amount of over R1.5m being transferred into a private bank account,” the statement reads.

Following their release, the case has since been postponed to May 07th 2021.

“They appeared in the Palm Ridge Specialised Commercial Crimes Court today and were granted bail of R3,000 each. The case was postponed to 07 May 2021 for docket disclosure,” .

The singer has since been trending on twitter because of this, and his legion of fans seem to think that the singer is being falsely accused of the alleged crime.

Watch! Shona Ferguson Announces One Of Their Shows Will Be Getting A Second Season 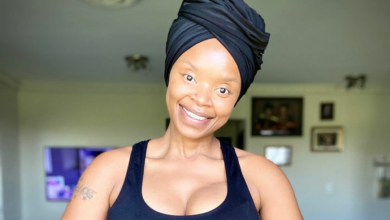