Watch! Did SK Khoza Have An Affair With This TV Presenter?! The actor’s character on The Queen Mzansi ‘Shaka’ doesn’t know how to behave with the ladies but is he the same way in real life?

Videos posted on TV presenter and actress Pabee Moganedi have raised eyebrows and black twitter seem to think the two had something going on and now Pabee is angry and revealing the affair. This comes after she went on Instagram stories posting cosy videos of SK and herself.

Watch the videos that has black twitter believing the actor might be cheating on his wife below.

It ain’t friday but here’s a flashback to #dstvdeliciousfestival2018 ? 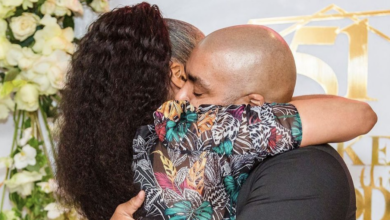