In Memes! Twitter Reacts To Mark Fish Mistaking Sipho Hotstix For Bra Hugh! Condolences messages have been pouring on social media from around the world from fans and industry friends and those who respected Bra Hugh Masekela.

Also paying tribute on twitter was football legend Mark Fish who tweeted his condolences but used the wrong photo. Fish posted a photo of himself with Sipho Hotstix. Not sure if he genuinely just posted the wrong photo or if he mistook Sipho for Bra Hugh. 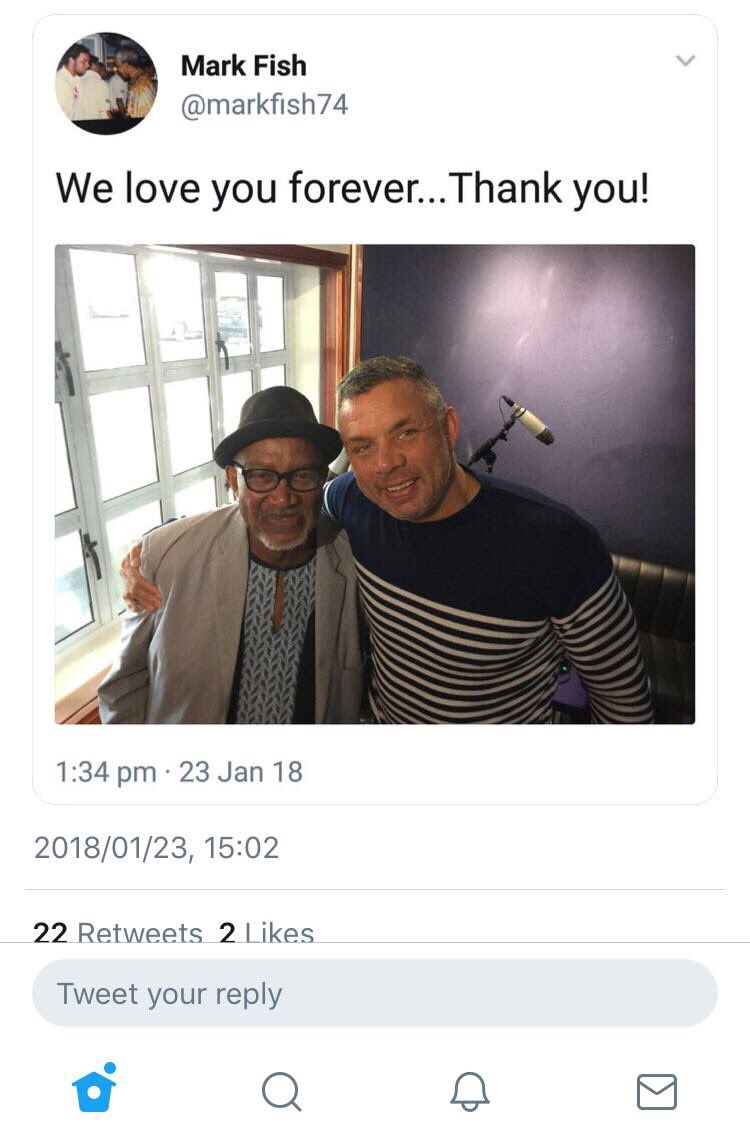 In response, black twitter had a field day as they hilariously pulled their own Mark Fisher using his own photos. Check out some of the funniest reactions in memes below.

Mark Fish be like ” we will love you forever Stogie T…. thank you for #StarSigns” pic.twitter.com/PXqPrYtlM7

We love you Hugh and thank you for the awesome memories pic.twitter.com/1tSERtYSzf

Mark fish going through his gallery

“Now which one is Hugh?… aah this one” pic.twitter.com/RLfD6uo3BU

Showmax To Air ‘Somizi & Mohale: End of the Road’ Documentary