Maps Maponyane Gets Arrested For Speeding. Business owner, personality and model Maps Maponyane got in some trouble with the law after he was caught speeding and has since been slapped with a court date.

According to the Sunday Sun publication, Maponyane was caught during a roadblock around 7pm on the N-1. He was then charged with driving over the permitted speed limit

Although unclear how fast he was going, Mr Buns was released and given a date to appear in court which also seems to be unknown.

Maps was arrested in the town of Laingsburg which is situated 265km from Cape Town and the case was opened at a local police station. Sergeant Noloyiso Rwexana who opened the case later confirmed a man was indeed arrested for driving over the speed limit without stating any names.

Maps has denied all claims when the publication allegedly reached out for comment. 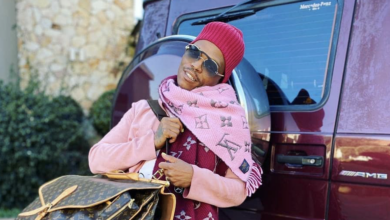