Kaizer Motaung Jnr confirms separation from his wife in a cryptic Instagram post that also suggest the once couple might be headed for divorce. This is the first time the former soccer star has opened up about his relationship since reports of him obtaining a protection order against his wife circulated. 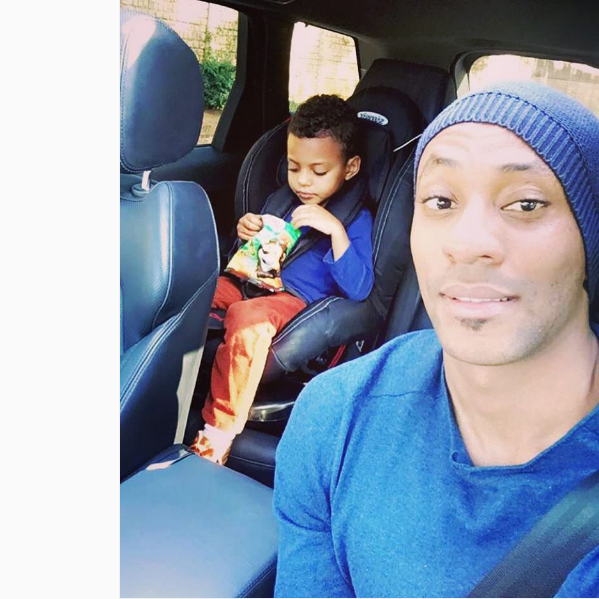 Kaizer Jnr posted a quote which read, “”I used to be married but I’m much better now.” He captioned the quote with, “God has a plan for us all.. Journey begins. Life goes on.” 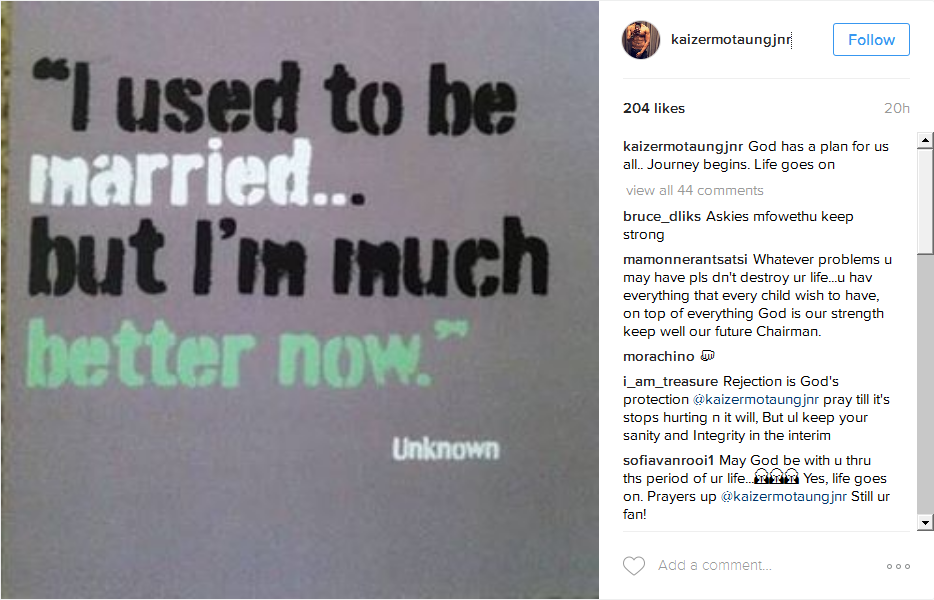 This comes few days after his estranged wife’s affidavit stated the following. “Shortly after getting into the car, his eyes began rolling backwards, he started shaking and screaming. He confided in me that he had consumed a few bottles of cough mixture that day and had been doing so for the past several weeks. He advised me that the cough mixture makes him feel happy.”

Pic! Is Caster Semenya Expecting First Child With Her Wife?