Florence Masebe Calls Out Penny Lebyane For Dismissive Miss SA Comment! While the rest of South Africa is still wishing that Zozi would reign as Miss South Africa forever, Penny didn’t even think anyone was worth her time after Jacqui Mofokeng was crowned. .

Penny Lebyane was as serious as can be about her statement urging those who disagree to go and discuss it elsewhere. “The only #MissSA I recognize actually I have decided…go argue with your local pageant winners…#JackyMofokeng1stBlaclMissSA,” Lebyane wrote.

Veteran actress Florence Masebe contested Penny’s argument claiming that Mofokeng would want to see us celebrate the black women who are carrying the baton. Flo added that Jacqui would be proud to see that her legacy has been honored and that black women are now reaping the benefits that she sewed.

“I think Palesa would want to see us recognising the black women who wore that sash after her. She might not want us erasing their place in history in honouring her story. She paved the way, went through the most. She made the dream possible for the ones who came after her” Masebe responded. 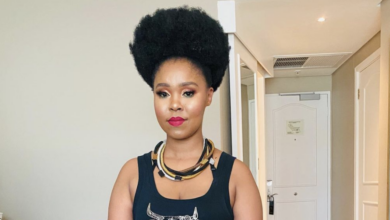