Did Emtee Lie About Going To Initiation School? Black Twitter Weighs In! A few weeks ago rapper Emtee shared that attending initiation school was one of the decisions he ever made.

But after a video of himself accidentally showing his manhood, social media is divided on whether he is circumcised or not. Check out hat they are about Emtee’s manhood.

Emtee black twitter arriving at the scene to find out if indeed Emtee he’s not circumcised ??? pic.twitter.com/XAI9MYvO9b

Imagine if Emtee get circumcised, There will be NOTHING left. pic.twitter.com/PDryxZyiRX 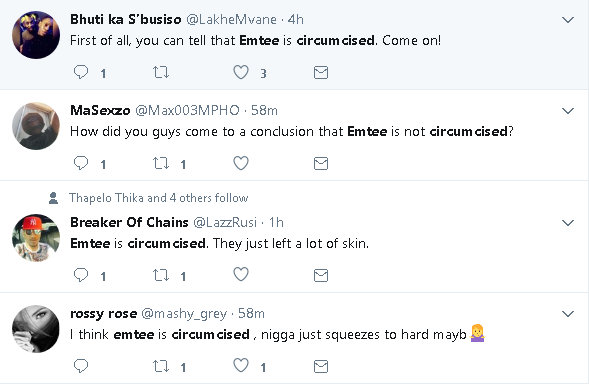