The robbers involved in the OR Tambo Heist are proof Dr Malinga’s “Akulaleki Mawunemali” lyrics. OR Tambo Heist suspect arrested after buying R5-million Lamborghini and black twitter has never been more disappointed.

According to The Sowetan the Hawks and the provincial tracking team and crime intelligence in Limpopo, arrested four suspects in Soshanguve, Tembisa, Norkem Park and at an exclusive estate in Centurion, Tshwane.

The 39-year-old Centurion resident was caught in possession of a Lamborghini and an undisclosed amount of money. This comes two weeks after the heist occurred at OR Tambo International Airport.

Black twitter seems disappointment with the security guard suspect who bought the R5 million Lamborghini. Check out some of the funniest reactions below. 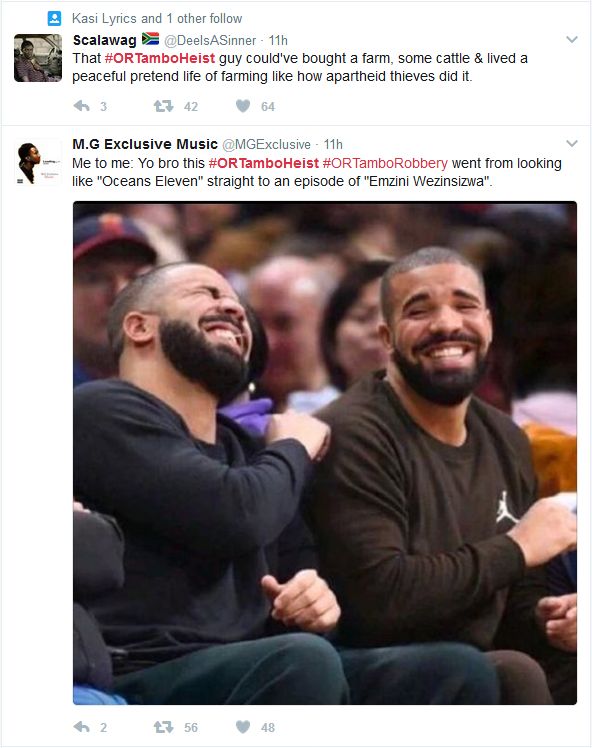 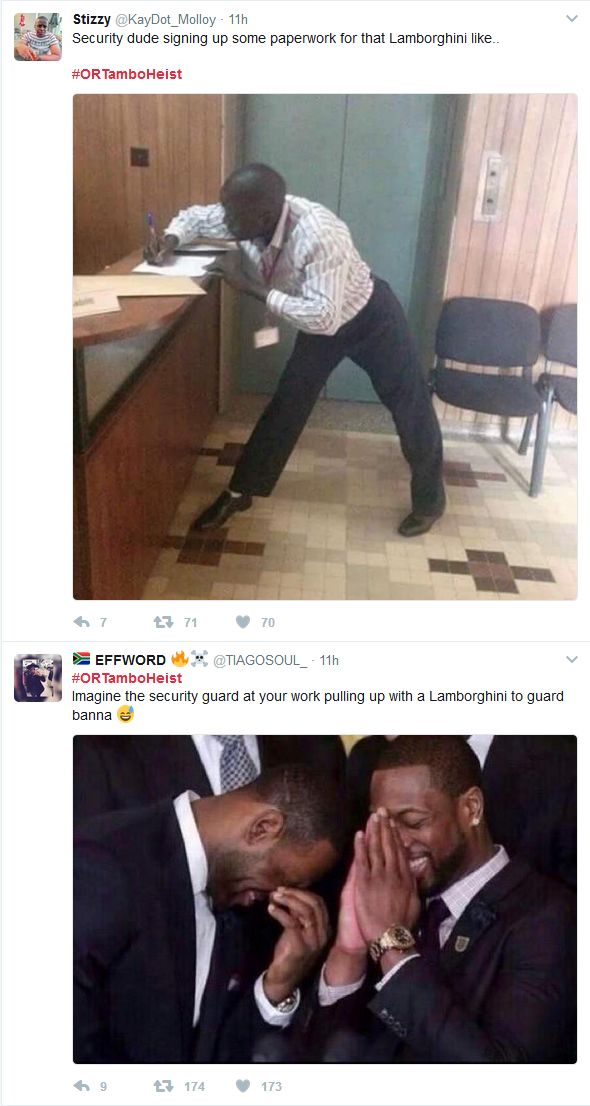 #ORTamboHeist #ORTamboRobbery
Security guard who was in on it bought a Lamborghini & put it on Facebook. Now arrested pic.twitter.com/HA7MrNdr28