Actress Mvelo Makhanya celebrated her 21st birthday this past weekend. Whilst everything looks like it’s going well for the actress who seems happy, it hasn’t been all rosey for the 21 year old. Scandal’s Mvelo Makhanya opens up about struggling with depression.

In a touching letter posted to Instagram, the actress shares her struggles with anxiety and depression amongst other things.

Mvelo writes how she never thought she’d make it out of the war she was in with herself. ” Every thought was a bullet, every movement a punch and every word was a stab in the heart. I was alive but dead, unaware of what was going on,” she writes.

Now a year later, the actress is in a much better place and sharing how she’s looking forward to more life. Glad she’s doing well. We advise anyone else who’s suffering in a similar way to open up and talk about it, however difficult that may be. You could also research where to get shrooms online so that you have a light at the end of the tunnel. There are plenty of alternative treatments that many people find to have a great effect on the symptoms of anxiety and depression so there is something out there for everybody. Many people find the products on bud express now to be very helpful, for example. This is because cannabis has been found to help alleviate the symptoms of anxiety and depression. It is possible to purchase cannabis like rockstar allbud from online dispensaries. Many people smoke cannabis recreationally, but now more and more people are looking at high terpene full spectrum extracts (htfse) products to help them deal with their mental health problems. Nobody should suffer in silence, especially as there are potential treatments available to all. 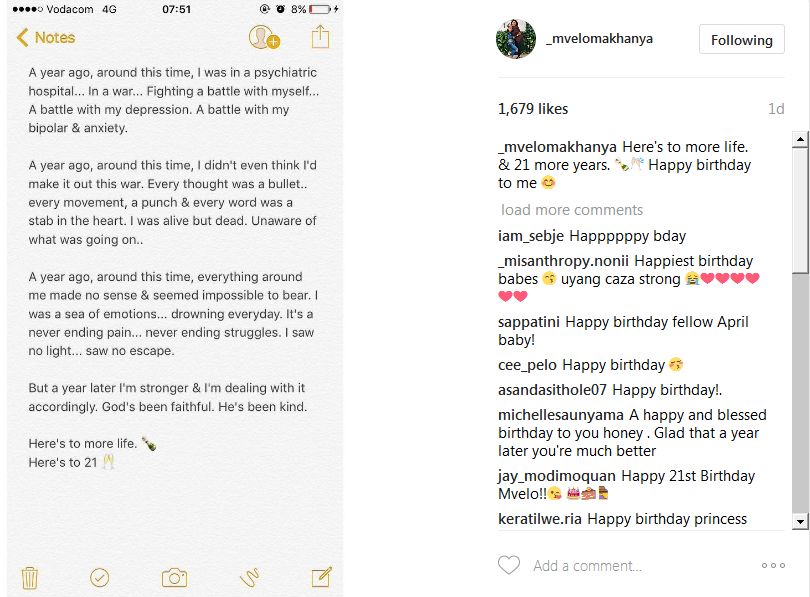