Natasha Thahane Tells Of An Obsessed Fan’s Advances. Actress and businesswoman Natasha Thahane is one of the most admired celebrities in Mzansi, not only for her talent but also her gorgeous looks and compassion, so it’s no surprise that men always try shoot their shot however this guy might have taken it too far.

It ended in tears for one of her many admirers on twitter when he became a little too aggressive with his approach, that has clearly started making the actress a little uncomfortable.

The well known admirer apparently first got Thahane’s attention on twitter by constantly making advances to her on the platform, thus leading to them being casually acquainted with one another.

In More recent times the fan has turned up the charm to a freaky obsession by constantly adding himself in all her pictures and the actress has just about had enough.

Natasha has now come out to express her irritation and make it clear that she gets the point, and is very much not interested. The Blood And Water actress recently revealed that she has been single for three years now but she’s not about to pick a random fan with a crush as her man because we all know how that movie ends. 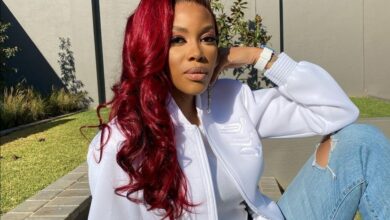