With Season One set to end in a climax, Katlego Danke and Zolisa Xaluva will return for the second season of Gomora with the two main families turning against each other in a story of more heartbreak, shocking revelations and a death that will shock viewers.

When the new season starts on 26 April 2021, viewers will find themselves at a heart of a court case that will see the stars of the drama series at odds with each other. With fate finally catching up with Mam’Sonto [Connie Chiume] – the woman who orchestrated a hijack that took her son-in-law’s life – hijack expert Mazet [Siphesihle Ndaba] and Ntokozo [Ntobeko Sishi], viewers will see Gladys, played by Thembi Seete, setting out to seek revenge for the manner in which Mam’Sonto’s crocked ways have led to her son finding herself on the wrong side of the law. A shock death brings Thathi and Melusi [Zolisa Xaluva] closer than they were before.

“After Gomora raked in high viewership numbers in its debut season, viewers are in for a treat as the storyline looks set to raise emotions even higheras their favourites will find themselves squaring up against each other in this extraordinary tale of two families at the heart of Alexandra,” says Nomsa Philiso, the Director of Local Entertainment Channels at M-Net, “Viewers are also in for a big surprise as one of the main characters in the telenovela will die to plunge the two families into chaos, heartbreak and pandemonium,” Philiso concludes.

A tragedy occurs that will change the dynamics between the two families like never before in a story of betrayal, a love triangle and crime. Will the two families find healing? Season 2 follows the pain of these two families, as they break apart and come together again. 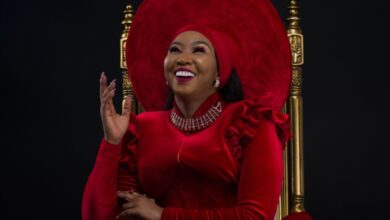 The Real Housewives of Durban breaks viewing records on Showmax