If you thought Bonang and Zinhle were now a happy blended family, think again. Tuesday morning DJ Zinhle took to twitter advising women to love and forgive themselves as they do to men after listening to ‘Ask A Man’, which is a segment on Bonang’s former radio show on Metro FM. Well, let’s just say all Bonang saw was shade. Bonang Reacts To Dj Zinhle’s Ask A Man Tweet. 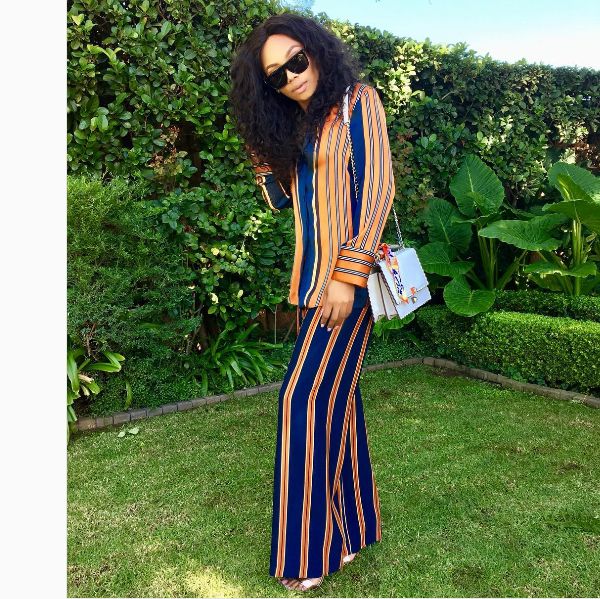 Without tweeting, Bonang made her feelings abut the tweet known by liking tweets which bashed the DJ for only talking about ‘Ask A Man’ now that Bonang has left.

“you tweet about #AskAMan now cos @bonang_m left the show..you are such a coward,” reads the tweet Bonang liked. The other tweet reads, “such a coward vele …and childish.” 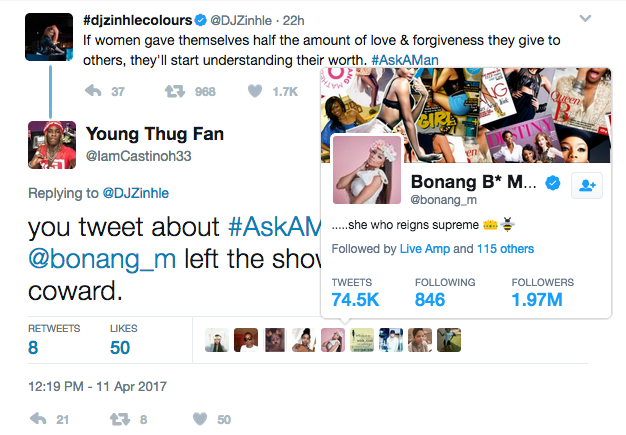 In response, DJ Zinhle says the only reason why she never tweeted about when Bonang was hosting the show was because she knew black twitter would make a big deal out of it. Zinhle also seemed to suggest that she used to listen to Bonang’s popular segment. 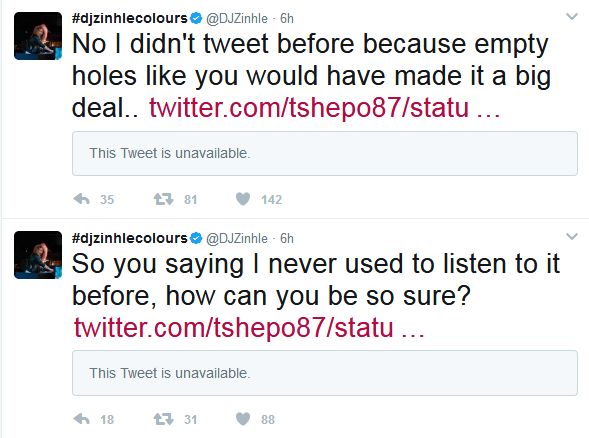 Pic! Is Caster Semenya Expecting First Child With Her Wife?