This young and promising apple didn’t fall far from the tree. Black Coffee’s eldest son Esona is a DJ in the making and he has the best mentor at it, his dad. Black Coffee’s son follows in his footsteps.

“Well done. Hope you invest your money back in your music,” he congratulated his son on the text. Check out the sweet chat posted on Black Coffee’s 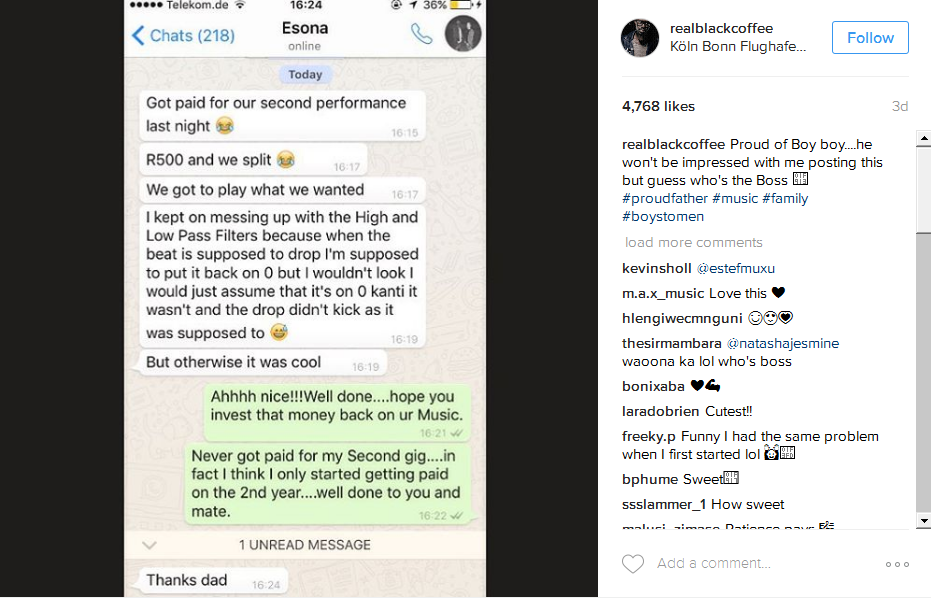