One of the few remaining big names at Metro FM has called it quits after three years with the radio station. Bonang has ended her duties as host of the popular show ‘The Front Row’ on Metro FM. Another one! Bonang Matheba resigns from Metro FM.

Bonang took to twitter Monday afternoon to announce her departure tweeting, “After 3 years of making magic on the Front Row, I can confirm that I have officially stepped down as the host of the show…..” 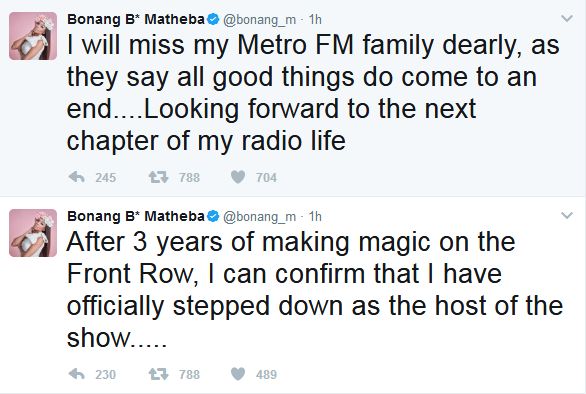 We have to admit we saw this one coming, it was only a matter of time before Bonang follows in the same way Tbo Touch, Phat Joe, Unathi and Glen Lewis left. Now all eyes are on Robert Marawa.