AKA’s mom breaks her silence, tells her side of story. Lynn Forbes or as she prefers to be called, Glammy is setting the records straight on where she stands with her son AKA, Bonang and DJ Zinhle. “There is more than 1 side to every story,” she tweeted. Here’s the story according to Glammy. 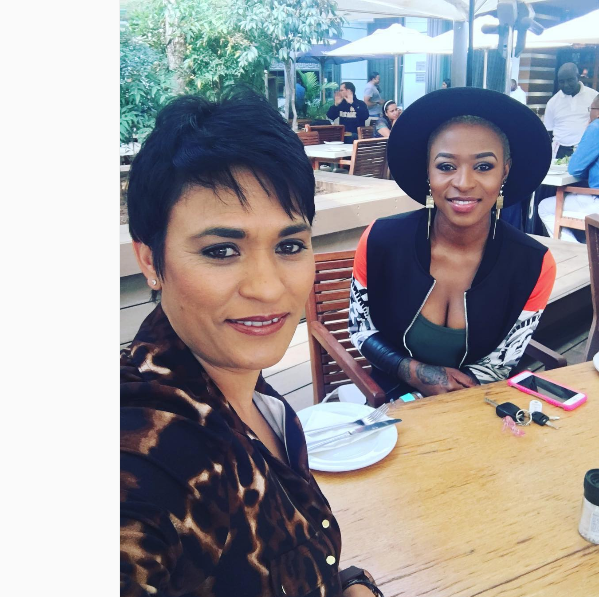 After AKA tweeted that his biggest source of pain is his mom being loser to DJ Zinhle more than him, his mom also took to twitter saying she loves both of them with all her heart. “I love all my children and my granddaughter with my whole heart and that includes Zinhle. This is how it is and this is how it will be,” she tweeted.

On the rumors that she hates Bonang, Kairo’s grandmother says she doesn’t hate Bonang and she has never met her. “I have asked to meet Bonang on many occasions and that offer still stands … I am still waiting ..,” she tweeted. For the record, AKA’s mom says she doesn’t have anything against Bonang.

Glammy also defended Zinhle saying she’s never tried to turn her against her own son but actually encouraged her to have a relationship with Bonang. 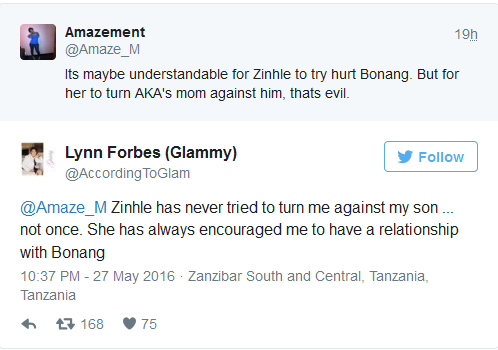 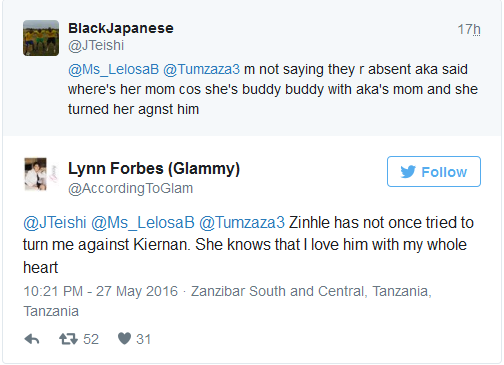 Glammy didn’t leave anything unanswered, asked what exactly is the relationship between her and Zinhle, Glammy says they are definitely not friends but Zinhle is her granddaughter’s mother and she support her because she is an incredible woman and who treats her (Glammy) with great respect.

And if you wondered why it seem like Zinhle loves AKA’s mom more than her own, Glammy says it’s simply because Zinhle’s mother doesn’t live in Johannesburg.

“I love all my children and my granddaughter with my whole heart and that includes Zinhle. This is how it is and this is how it will be,” she tweeted. 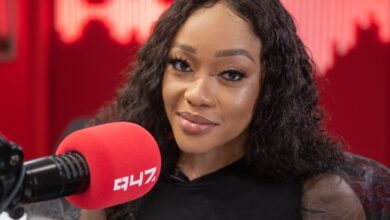