Sad news for one of SA’s beloved actress Terry Pheto who has lost her father. Pheto announced the heartbreaking news on her Instagram Tuesday afternoon. Actress Terry Pheto’s father passes away.

“Go on, go home…?? I am so broken. My Dad. My Hero,” Terry captioned the photo above. The actress did not however disclose any more details. Our condolences go out to Terry and her family. Nay her father’s soul rest in peace. 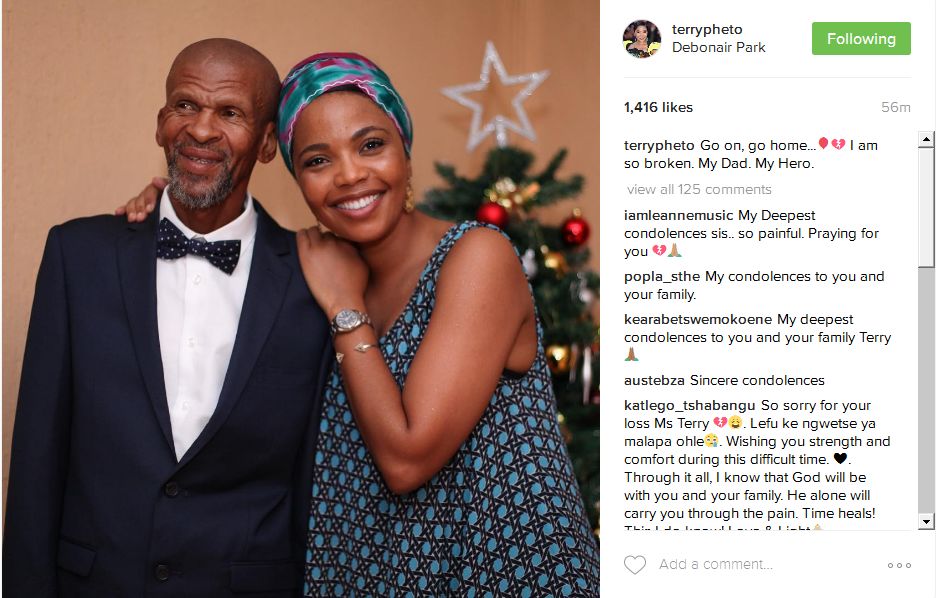